I love JetBrains’ IDEs. I’ve been a faithful user since PyCharm’s release, seven years ago.

As of late, if I’m watching a presentation, and someone is writing code in an editor, that editor is almost always VSCode.

Something’s up, and I’m going to get to the bottom of it. People rave about this thing.

I'll answer some questions for myself—and, with luck, maybe I can save the JetBrains-faithful some time and energy. I aim to discover:

I’ll be looking at this from the standpoint of a JavaScript developer, so I’ll write “WebStorm,” but I really mean “a JetBrains IDE.”

I’m certainly interested in how VSCode handles Python and C/C++, but I’m not going to explore it in this post.

I used Homebrew Cask to install it:

This takes ~4s on my 2016 MBP—but I don’t have any extensions installed yet.

I’m greeted with this: 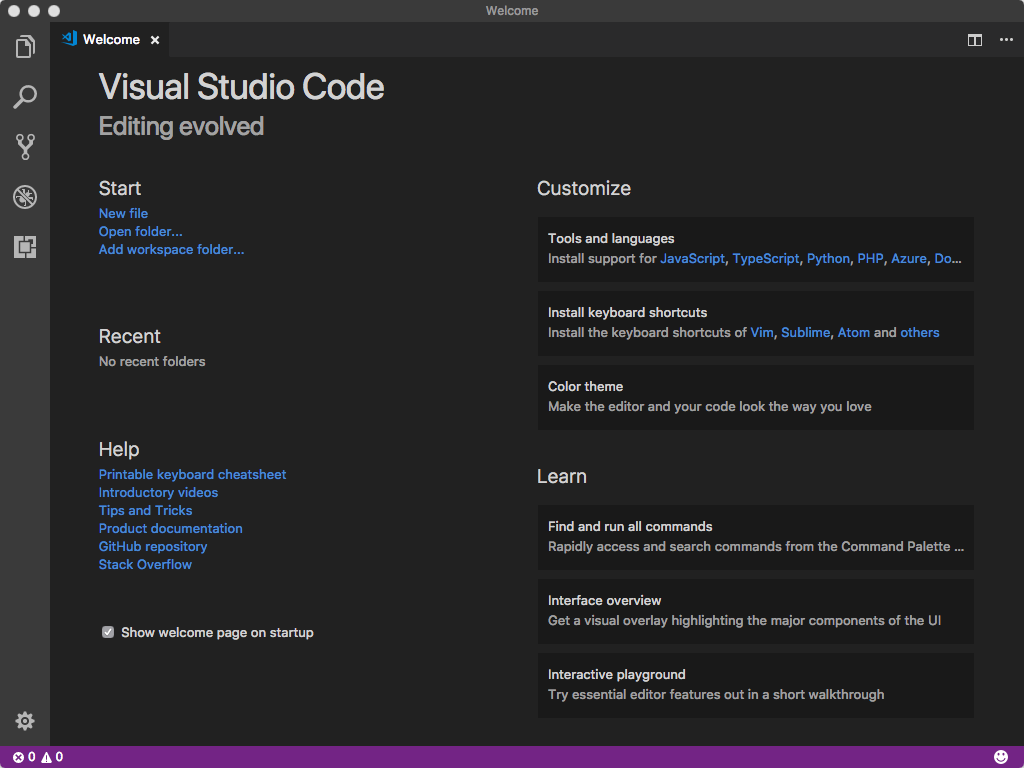 It has also opened a web page in Chrome: 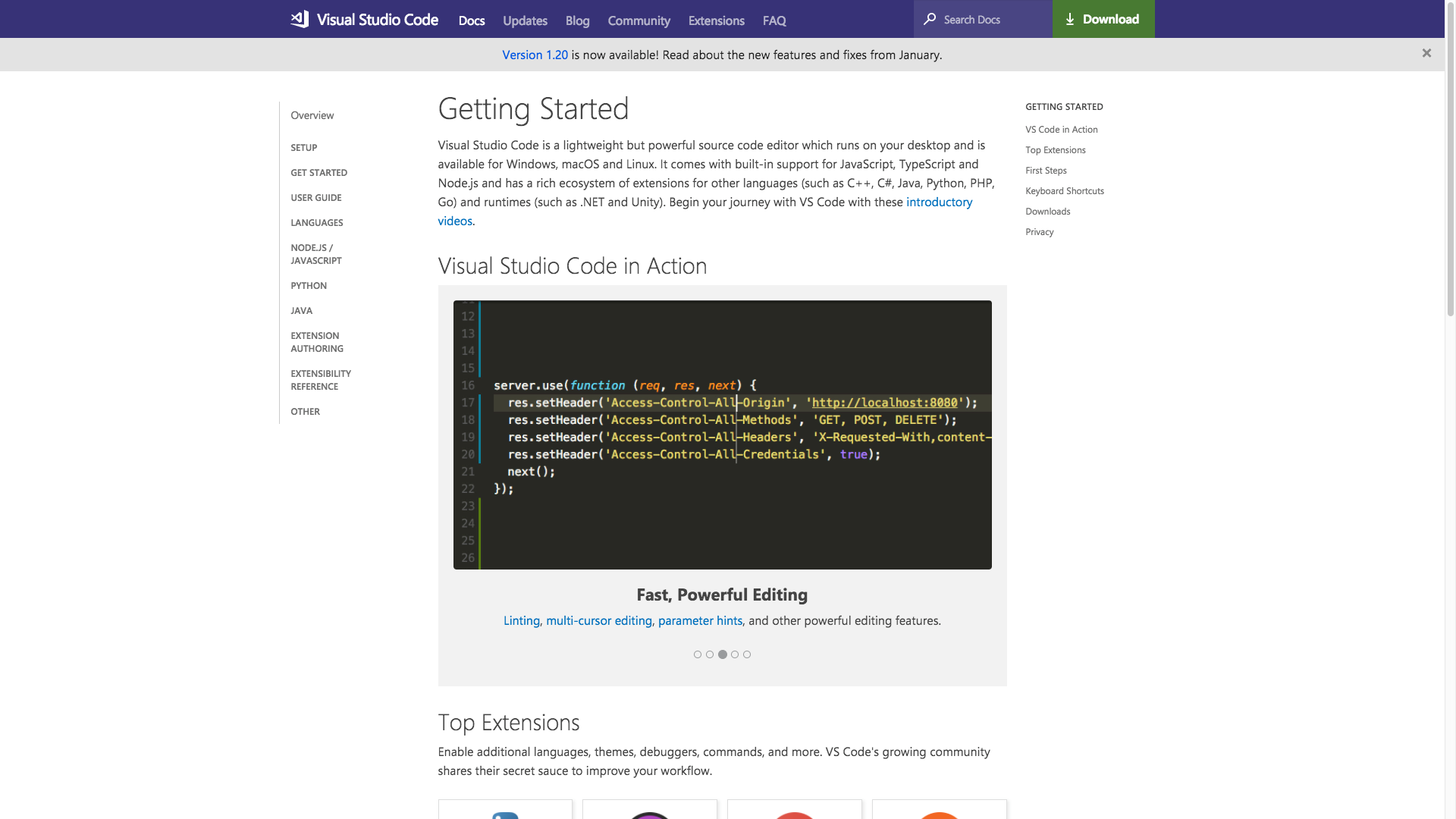 Online tutorials & such for VSCode

I ignore the web page (thanks, but no thanks) and click a few of the “Install support for…” links under Tools and languages to get some basic extensions installed. I want to avoid customizing too much at the outset. Since C/C++ isn’t listed on the “Welcome Page”, I dig into to the extensions and … can’t help myself from installing a bunch of extensions. Oops.

I am, however, elated to report that the JetBrains IDE Keymap is a thing, and it works great.

I go ahead and open up my Mocha working copy…

OK, so I want to edit Mocha’s CHANGELOG.md. But I know origin has changes I need to pull.

Happily, VSCode understands this is, in fact, a working copy. To pull, I found a little “refresh” button in my status bar, and clicked it. I think it worked? It said "sync." What's a "sync"?

I’m unsure what just happened. Which changesets did Git pull? I want to look at the history. After searching in vain, I realize that there is no built-in support for Git history, and I’m going to need to grab an extension for this.

GitLens seems to solve this problem (and others). But there are many Git-related extensions for VSCode. This is a drawback of the “small core” philosophy of VSCode (this reminds me of the Node.js ecosystem). To VSCode’s credit, it aids discovery with tags, filters and sorting.

GitLens does some oddball things like “inline blame” and “code lens” (which is another view into “blame”? I don’t get it). I want to turn this noisy stuff off.

GitLens then provides Git history in the left sidebar. The presentation of the repo is a little disorienting (there are so many trees, it's like a forest), but I do see the pulled changesets.

I’ve made my changes to CHANGELOG.md, and it’s time to commit. VSCode helpfully marks the file with a big M in the file list. +1.

I find Git: Commit via the Command Palette, and realize I could have used my trusty ⌘-K. But I’m prompted that the stage is empty.

If you only use WebStorm’s built-in version control client (I don't), this will be culture shock. VSCode uses the stage, like literally every other Git client except WebStorm’s.

I go ahead and commit everything (including unstaged changes; this would be Git: Commit All if I wanted to avoid the prompt), and push.

Not the nicest initial experience, but I’m confident it’ll be smoother sailing from here.

Next, I’ll run Mocha’s test suites to prepare for publishing.

I think a “Task” is perhaps a “Run Configuration” or “External Tool”.

“Tasks” are not the same as “Tasks” in a WebStorm, which is WebStorm’s (leaky) abstraction around issues, staged changes and branching.

Let’s see what “Configure Tasks” does…

What's do you call a widget like this, anyway?

Ooook. that needs some further explanation, but sure. Is it trying to automatically detect my npm scripts? For reference, Mocha’s scripts in its package.json is literally just: 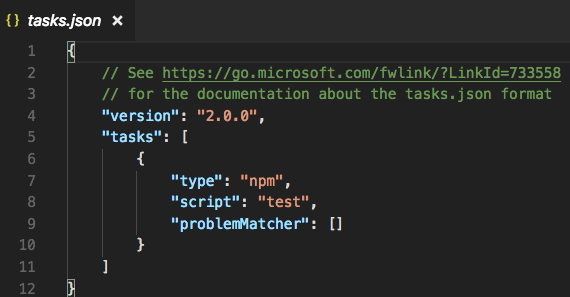 At least it's not XML, amirite?

Fascinating. I click the link and learn about this file. It’s unclear whether VSCode intends for the user to commit .vscode/ to VCS (I don’t do so; in fact, I add .vscode/ to my .gitignore post-haste).

VSCode likely didn’t need me to “configure” the Task—it discovered the script itself. I execute Run Task…, choose npm: test, and the output opens in a terminal, as you’d expect.

I’m now certain “Tasks” are analogous to “External Tools”. Like in WebStorm, the user (seemingly) cannot debug a Task, and there’s little integration. VSCode ships with some helpers for common build tools (unfortunately, nps is not one of them). Like WebStorm, the user has free rein to create a “shell”-based Task.

I’m still looking for the analog of a “Run Configuration,” which appears to be a “Debug Configuration,” though it’s just called “Configuration” under VSCode’s “Debug” menu. Next, I’ll take it for a test-drive. Whatever the hell it’s called.

Trivia: VSCode recognizes the filetype of tasks.json as “JSON with Comments”, which, AFAIK, is unadulterated, imaginary nonsense. Is it JSON5 or not? 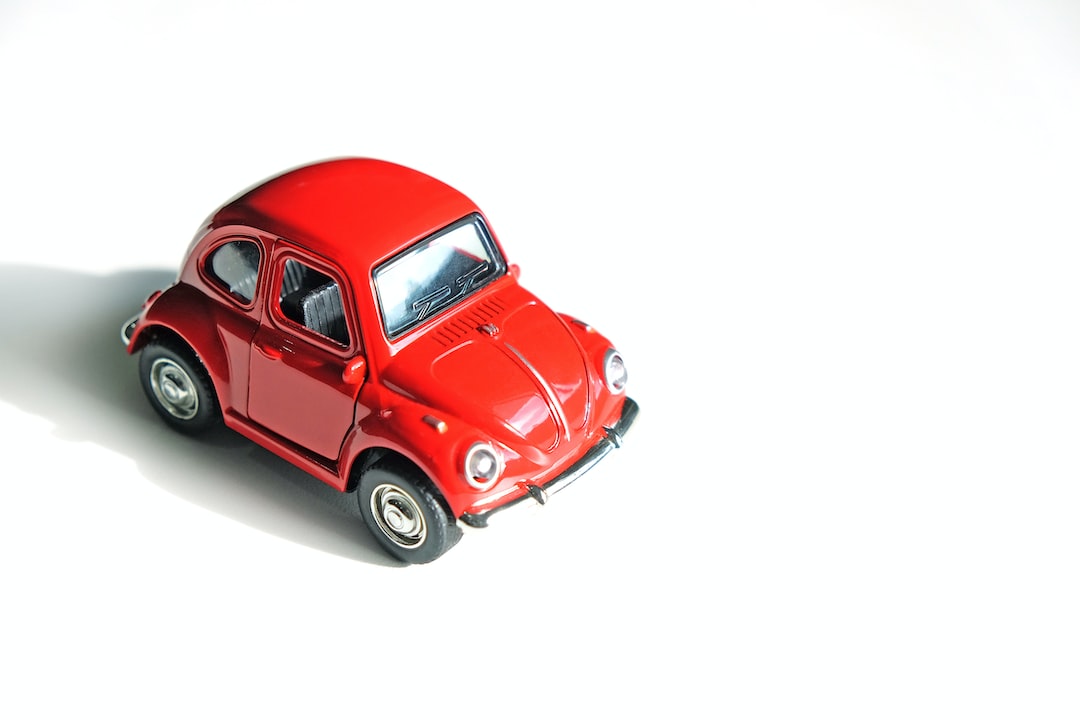 First, I install the Node.js Extension Pack, since I figure I’ll need it to debug properly.

From VSCode’s menu, I open Debug > Open Configurations. I’m presented with a new file, .vscode/launch.json. Like tasks.json, this is my config file.

Do you want the good news or bad news first? I don't care.

The bad news is, I can’t just throw npm test in launch.json and expect my breakpoints to get hit. Why not? Because npm spawns nps, which spawns ten different mocha processes in series, each which spawn _mocha, and many of which spawn _mocha again.

This is by no means VSCode's fault, but the story around debugging subprocesses in Node.js is a sad one. I'd be foolish to expect a miracle.

The good news is that if I choose some subset of the tests to run with bin/_mocha, debugging works well (unless I want to debug more child processes). It’s a solid debugging experience, though lacking some of the bells & whistles of WebStorm’s debugger.

Debugging tests with Karma, awkward is.

In a WebStorm, you create Karma-based run configuration, point it to your config file, specify any particular browsers or other extra options, and push the button. It works well, even if you happen to be bundling your code with karma-browserify, which Mocha is.

This is the VSCode experience:

At this point, you can set breakpoint(s) by clicking in the editor’s gutter, though they will not immediately be enabled.

There appears a small, odd, quasi-movable toolbar near the top of the window. Within this impish toolbar is a “refresh”-looking button; click it to re-run the tests. VSCode will then be able to discover which scripts/files Karma loaded. If you’re lucky, it’ll even hit your breakpoint!

The above took a solid hour to figure out, even with a few scattered examples out there.

The last thing I want to evaluate is VSCode’s “IntelliSense” capabilities.

Assuming you use ESLint, install the ESLint extension.

In terms of inspections, I just want ESLint to run on my JavaScript. I don’t need any other inspections, so I disable all the random crap WebStorm ships with.

The ESLint extension “just works,” and the user sees the same type of inline inspections as from ESLint within WebStorm, right down to the intentions, like “Fix file with ESLint”.

The Node.js Extension Pack provides some npm-related "IntelliSense," which knows important stuff about package.json, like if a package is missing or extraneous, will tell you so, and automatically fix it for you via an intention.

Is “IntelliSense” a trademark or something? It’s a Microsoft-ism, right? I am pretty sure I hate this word.

I believe VSCode uses TypeScript definitions under the hood (not just in TypeScript files) to inspect code, at least in part. This results in extremely accurate and nearly instantaneous code completion, jump-to-declaration, and the like. If there’s any “killer feature” for JavaScript developers, it’s this. You can coax such behavior out of WebStorm, but it will still be much more sluggish.

A “deep dive” into this would be an excellent source of information for WebStorm users (think: CSS, HTML, TypeScript, template languages, etc.), but is unfortunately out-of-scope. I’ll end with my final thoughts below. Visual Studio Code is better than I expected. It’s comparable with WebStorm—by way of extensions—in terms of feature set. It has a couple notable advantages over WebStorm, however:

As a developer, my code editor my most important tool. Having spent many years with JetBrains and WebStorm—and having very little dissatisfaction—a different tool must be incredibly compelling for me to want to pick up.

My advice for WebStorm users? Don’t try VSCode unless you are prepared to switch.